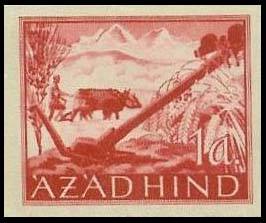 
Broadcast by Free India Radio (Saigon)-26/09/1944
At a Press conference, Rashtrapati SC Bose, referring to the brilliant Japanese victories off the Philippines stated, “A few days ago I issued a statement on the battles off Formosa,and predicted that the initiative would no longer rest with the enemy. I contended that during the fluctuations in the fortunes of war, one naturally experiences a certain amount of doubt. Now our allies have gained the upper hard. The course of the war in Europe and the successes of the German forces has an intimate bearing upon the general situation in the Far East. The turn of events in Europe also foreshadows an enormous change. I personally believe that the second phase of the war is about to finish, and that the third and final phase will develop in favour of the Axis. Another reason for the importance of the Philippines battle is its close bearing upon our war of India's liberation. It will reduce American manpower and shake their morale.” Concluding, Netaji pointed out that the present situation will greatly help to widen the gulf of differences between the Anglo-Americans and the Russians.

Netaji stressed that the Pacific situation and the world developments revealed that the initiative had passed into the hands of the Axis and that the third phase of this war would begin with their offensive. He said that the second stage of the war, which witnessed the counter-offensive of the enemy, had almost reached its end. Netaji said that the Japanese success in the Pacific would inevitably help the operations of the Indian National Army on the Indo-Burma front.

Referring to the heroic struggle of the Germans in Europe, Netaji Bose praised their national spirit and determination, and stressed that it would be impossible to defeat the Germans because the entire nation had risen against their enemies, and exposed the falsity of Anglo-American propaganda which was clamouring that after the cessation of hostilities in Europe, Allied troops would be concentrated in the Pacific. Netaji declared, “This is propaganda nonsense because they would have to maintain their full pressure against Germany even if she were defeated. The Anglo-Americans must preserve their full military strength in Europe, in view of the fact that the relations between them and the Soviet Union are very strained. They also feared lest the Bolsheviks should spread their influence throughout the Continent.” Netaji was certain that the future developments would bring defeat to the Anglo-Americans.

Referring to the recent enemy counter-offensive and aggression, Netaji said that the Anglo-Americans anticipated a serious shortage and exhaustion of their manpower if the war was prolonged, and, therefore, they were anxious to end the war as soon as possible. He compared the present war with the struggle between spiritualism and materialism, and expressed his faith in the force of the spirit which would, hefelt confident, be finally victorious. Netaji declared that the primary aim of the Provisional Government of Azad Hind was to mobilise the material and spiritual resources of the Indians in East Asia, and utilise the experiences gained during the past operations in preparation for future offensive. Netaji laid stress on the fact that the morale of the Indian soldiers, who were anxious to continue their fight, was high.

Referring to the internal conditions of India, he stated that the Indians were highly delighted at the defeat of the enemy off the Philippines and Taiwan, which raised their hopes for the ultimate destruction of the British.
***
प्रस्तुतकर्ता जयदीप शेखर पर 2:00 pm कोई टिप्पणी नहीं:


Broadcast by Free India Radio, Saigon-27/09/1944
At a Press conference in Burma, President SC Bose highly praised the bravery of the Japanese troops in the Philippines. He said, “We have put an end to the so-called victories achieved by the enemy in the beginning. The tide has now turned and the future of this war depends on the important battles now being fought in the Philippines. We have achieved notable victories and we will achieve more in spite of the increasing strength of the enemy. The world talks of another phase in this war, but I say the second round has already ended. We are now entering the final phase. Our operations on the Indo-Burma Front depend on the course of the war in the Philippines. Soon we shall achieve final victory, and with God's grace India will be free.”
***
प्रस्तुतकर्ता जयदीप शेखर पर 2:00 pm कोई टिप्पणी नहीं:


Broadcast by Azad Hind Radio (Singapore)-28/09/1944
Sjt. SG Bose, in the course of an interview with pressmen, stated that the declaration of war by the Provisional Government of Free India upon Britain and America affirmed India's conviction that the Anglo-Americans were her enemies. He added that the time was not far off when the Anglo-Americans will know that this declaration of war is not an empty threat. Japan's recognition of the Provisional Government and its Army had lent strength to the Indians and increased their enthusiasm. In conclusion, he said that two of the wishes of the Indians had come true, and it was up to them now to realise the third, namely, the launching of an armed struggle for the liberation of their Motherland.
***
प्रस्तुतकर्ता जयदीप शेखर पर 1:59 pm कोई टिप्पणी नहीं:


Domei News Agency-02/11/1944 Domei News Agency-03/11/1944
In a speech delivered in Tokyo, Mr Subhas Chandra Bose spoke about the activities of the INA and the fighting in Burma and said, “Recently, owing to unfavourable weather conditions and some other reasons we have had to withdraw temporarily in some sectors of the front. But, we are confident that when we resume the offensive we shall be able to beat our enemies once again and force them to retreat. In this connection I want to tell you that for some special reasons the fight on the Indo-Burma frontier will be a very bad one- in fact the hardest battle in the whole Indian campaign. The British have fortified the Indo-Burmese frontier and made it their Maginot Line. They know that when this Maginot Line is once broken, they will not be able to put up such a strong defence anywhere in India. The battle for Chittagong and Imphal will be much more than a local battle. It will be in essence and substance the battle of India. In other words, the future fate of India will be decided on the hills and in the jungles which bar the way to Chittagong and Imphal, and the effect of an advance into Bengal and Assam, on India as a whole, will be tremendous. The Indian people will then see with their own eyes the British running back and they will be convinced that the fall of the British Empire is imminent. Once the Indian people are convinced that the defeat bf the British is a certainty they will rise in revolt.” 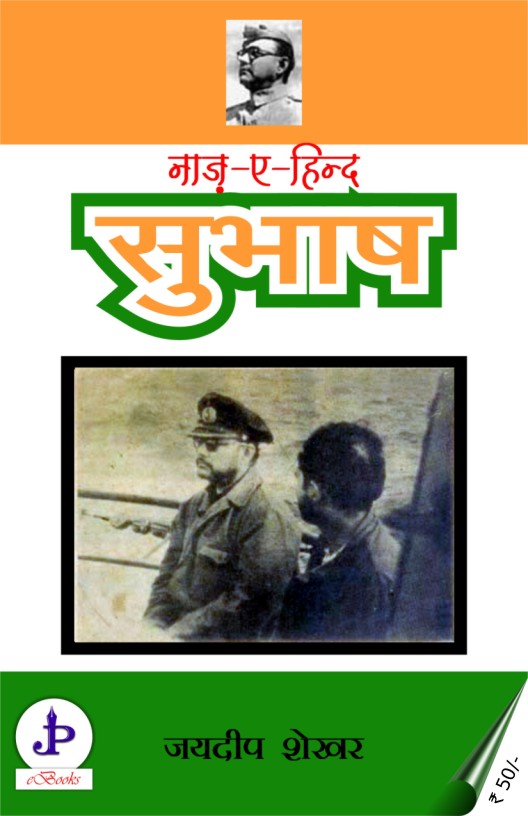